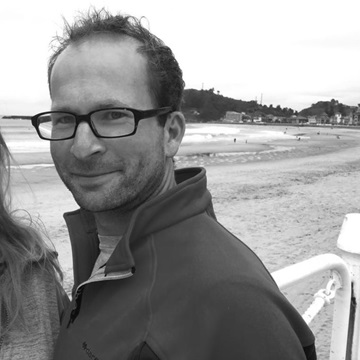 Jamie is Head of Spanish at St Edward's School and has taught for over a decade. He is a calm and patient individual who always considers the needs, strengths and weaknesses of the tutee in order for them to progress as much as possible.

I am Head of Spanish at St Edward's School, Oxford. I have 10 years' teaching experience during which time I have taught IGCSE Spanish, A level Spanish and IB Spanish at all levels. I have also assessed CE and 13 + Spanish. For the last 5 years I have been a principal examiner for CIE IGCSE Spanish. I have taught Year 9 and 10 Latin and I have tutored pupils doing CE in Maths and Latin as well as some Science.

I have an impressive record of results with 100% of IB pupils attaining 5-7 in the last 5 years. At iGCSE, I have helped reach and surpass their predicted grade consistently, with one pupil moving from an E in their mock to a B in their final exam. My experience as an examiner has allowed me to improve the writing scores for the entire cohort of pupils over the last 5 years.

I grew up in Berkshire and attended Elstree Prep School before 5 very happy years at Marlborough College where I gained 8 A*s and 3 As at GCSE and straight As at A level (Maths, Spanish and Latin) along with certificates in Arabic and Japanese and an A in AS English.

From there, I took a year out of education and, self funded, travelled to South America. I worked in an orphanage for 3 months before using the next 4 months to broaden my hispanic horizons. In 2006, I went to Durham University to study Spanish and Italian; it was during my year abroad that I realised my passion for languages and teaching. I was fortunate enough to spend time in Florence and Sicily but the highlight was working in the south of Spain as a teaching assistant which gave me the opportunity to observe some very skilled practitioners in action. I graduated from Durham in 2010 with an Upper Second in Modern Langages.

I was offered a job as a Spanish Teacher at Marlborough College, where I was able to hone my skills as a language teacher in one of the best educational establishments in the country. I simultaneously undertook my PGCE through the University of Buckingham.

Seven years ago, I moved to St. Edward's Oxford, which has been a very successful move for me both professionally and personally. I have been Head of Spanish there for five years, and I have recently been appointed as Head of Hockey. Since my appointments, both departments have seen an upturn in subscription and success.

I believe that the relationship between tutor and tutee is crucial to the quality of learning - I am a calm and patient individual who will always consider the needs, strengths and weaknesses of the tutee in order for them to progress as much as possible.

I will always try to enable the pupil to reach the answer themselves by questioning. When introducing a new topic, whether grammar or vocabulary, I will create an activity that allows the pupil to deduce meaning themselves rather than present it in a list/note fashion. This is a far more active engagement with the material and increases the likelihood of understanding and retension. I am a tutor who focuses on progress and positive reinforcement.

Feedback, especially on written work, is both thorough and informative but I will always challenge the pupil to self correct rather than copy out corrections. If the pupil is preparing for a specific exam, I will always mark against the given criteria and make absolutely clear what is needed in order to improve. I will also ensure that the pupil engages fully with the feedback process.

I have a passion for travel. Last summer my fiancée and I walked the Camino del Norte, 700km along the north coast of Spain. This gave me a fascinating insight into the regional diversity of the country as well as an appreciation for the local gastronomy.

Sport is an integral part of my life - I play and coach Hockey, I play golf whenever possible and I have the unfortunate position of being a Norwich City fan. I am also interested in rugby, horse racing and tennis.

I am an avid reader and I am a regular visitor to theatre and cinema. My favourite book is ''The Master and Margarita'' by Mikhail Bulgakov and the most I have ever laughed was watching James Corden in ''One Man Two Guv'nors''.

From the Parent of a Pupil I teach:

I just wanted to drop you a note as I thought you might want to hear what my daughter told me a couple of nights ago. Out of the blue (I think she was maybe doing her Spanish revision), she suddenly said that you were the best Spanish teacher possible and that there was nothing you could improve on. She was especially impressed (as am I) that you offer pupils extra help whenever they need it, even on a Sunday. It is so, so nice to hear such positive feedback from a child - usually if teachers are discussed it’s because they’re not happy with them! Thank you for all the extra help you have given her (I hear she comes for one-to-one lessons on a Monday). She absolutely loves the subject and wants to do it for A’level and spend a gap year in Spain: I’m sure much of that is down to your teaching.

Anyway, she was a bit disappointed with her oral as she didn’t feel it had gone as well as it might have but her presentation sounded pretty good to me (though not much praise as I don’t speak Spanish!).

But the point of the email is to say thank you and let you know what a good teacher you are!