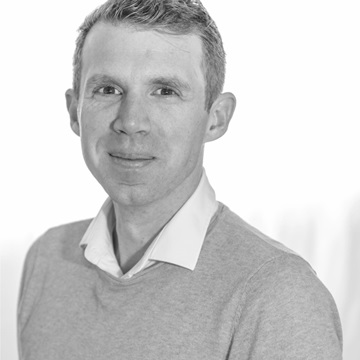 Jon is a former Head of Science with over 10 years' experience in teaching GCSE Science and A-level Physics. He joined Keystone in 2012 and has helped 230 Keystone families over this period, teaching more than 8,800 hours.

Jon is a professional Keystone tutor. This means Jon:

I taught in state schools in Oxfordshire for 10 years. At the Oxford Community School (NQT Year) I taught Years 7-11 involving KS3 and KS4 Biology, Chemistry and Physics and I was the sole AS/A2 Physics teacher, also delivering some AS/A2 Chemistry. In my second year I was asked to be an NQT mentor as well as a mentor for Oxford and Oxford Brookes PGCE students; I found both roles extremely rewarding and I continue with them to this day.

In my third year at Oxford Community School, I was approached by the Institute of Physics and asked to pilot a course designed to raise the provision of Physics teaching in schools in England. The Stimulating Physics project was aimed at 'skilling up' non-specialist Physics teachers to enable them to have greater confidence at delivering Physics lessons to their students. Another key role of the project was to increase the number of students choosing Physics at A-level and University. The project was extremely successful and was rolled out across UK schools the following year. I have continued to be involved in the project and was recently invited to be a member of a Physics think tank along with lecturers from Oxford University and members of the Ogden Trust.

In 2007 I was appointed the Head of Physics at King Alfred's (KAs) school in Wantage. I gained a great deal of experience at preparing students for GCSE and A Level public examinations with great success there. In my first year at King Alfred's, 5 A2 students out of a cohort of 21 studying Physics were successful in gaining places at Oxford or Cambridge to study Physics or Physics related subjects; a trend which I am pleased to say has continued during my time at KA’s.

In 2009 I was appointed as Head of Key stage 4 Science alongside my role as the Head of Physics and was responsible for implementing the changes to the curriculum introduced in 2011. After my appointment exam results rose, with KA's achieving the second highest state school Science results in the county in 2011 and the highest in the following January examination results.

In 2012 I was promoted to Head of Science overseeing one of the largest Science departments in the county across 3 sites with over 20 members of staff. Science results went from strength to strength and in the summer of that year, King Alfred's achieved the highest state school Science results in Oxfordshire.

In April 2014 I decided to take a change of direction with my teaching career and I moved to Woodeaton Manor School, a specialist SEN unit for 60 of Oxfords most challenged pupils. Here I was in charge of overseeing all of the school's Science provision as well as Year 11 students. In the summer of that year, the school achieved its highest ever GCSE results with 100% of students gaining a pass at GCSE and 3 pupils achieving a B grade whilst sitting a foundation paper.

I have tutored for Keystone, initially as an addition to my classroom teaching, since 2012 and have been a full time professional tutor since 2015.

I studied Engineering at the University of Leeds, graduating in 2002. After a couple of years travelling I realised that teaching is what I wanted to do with my life and so moved to Oxford in 2004 to complete my PGCE. I have worked for the past 18 years in education, initially at several schools in Oxfordshire before moving to London to become a full time tutor with Keystone. Whilst in Oxfordshire I held many different positions of responsibility including Head of Physics, KS4 and Head of Science. My last position was Head of Science with responsibilities for Yr11 pupils at a Special Education Needs school in rural Oxfordshire.

Having worked with a great number of students over the years I have found that each of them learn and makes sense of their subjects in very particular ways. As such, I always try to match my teaching style with the learning style of my student. I have a great interest in learning strategies and understanding the myriad of ways in which pupils absorb information.

I am quite an active person outside of tutoring. I am a qualified BTF Triathlon coach and regularly deliver group training sessions as well as coaching several athletes on a one-to-one basis. I am also a keen participant in the sport and have been fortunate enough to compete at an international level, representing Great Britain at both European and World Championships. I like to incorporate many coaching techniques into my lessons.

I also enjoy being slightly less active! Taking the dog for a walk around Richmond park, a good book and a beer in the garden or just hanging out with my partner and our children or friends is a great way to unwind after a day at work.

''Jon has really re-ignited my daughter’s interest in maths, which waxes and wanes throughout the syllabus! I’ve found that her interest in science has also been kindled greatly by just two sessions.'' (Mother of Year 10 student)

"He combines a great knowledge of his subject with a fabulous teaching style and cares deeply about making his pupils better both technically and in terms of how to address exam questions." (Parent of King's Scholarship Candidate)

"My husband and I see our son engaged and looking forward to his class with Jon. Post class he is always upbeat and we see all this as signs of a positive learning experience for him. We find Jon has a wonderful understanding of where he needs to improve namely with step by step organised working and they are steadily working on this. Their classes are linking in well with school work as well." (Parents of Year 8 student)

"It’s been really good. I really like the way that Jon has taught me to approach a Maths problem. He has taught me that I am extremely capable, has shown me to slow down my working, and has got me to do math in the correct mind set. I also appreciate the use of mathematical terms while doing work, increasing my vocabulary in terms of math, hence, making me understand questions better." (Feedback from Year 8 student)

''We actually cannot thank you enough! My daughter said she has never had such an amazing teacher in her life! She has absolutely loved every minute. Take care and we just think any child to have you as their tutor is so lucky, we are just sad it was for such a short time!'' (Mother of year 8 student)

''I just wanted to drop a quick note to let you know that we absolutely adore Jon Gale who is amazing. He's truly an exceptional teacher.'' (Mother of previous student)

''We love Jon. Not only is he helping my son academically, but he very quickly saw that my son's confidence had taken a real battering and is working on that angle too. I just wish we had got this support earlier!'' (Mother of previous student)

Jon is extremely knowledgeable in physics and is very easy to understand. He is a kind and caring person and has a great personality overall. I highly recommend him. (Mother of A Level Physics student)

"Jon was a really great tutor and we got on very well. We covered all of the syllabus in good time and he was very clear and concise in his teaching, using basic objects to demonstrate complex ideas and also unconventional sources like YouTube sometimes which was useful. He encouraged me to work outside of the class and set me work, e.g. a paper or a work sheet which we went through if I had any problems at the beginning for the next session." (A level Physics/Maths student)

"Jon has been very professional, arrives on time and teaches well. The student understands his lessons and made good progress." (AS Physics student)