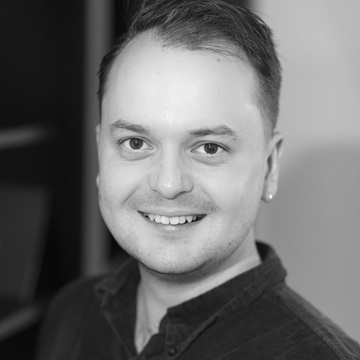 Michael studied Classics at Oxford and subsequently completed his MA in Comparative Literature at UCL. He has led numerous Keystone courses as well as supporting over 70 Keystone families. Outside of tutoring, Michael is a keen writer and a thespian at heart.

Michael is a professional Keystone tutor. This means Michael:

11+ English and Maths: ISEB and public school exams, including pre-tests

I started tutoring in 2016, initially teaching younger children, particularly children whose first language wasn’t English and who were preparing to take their 11+/, ISEB, or public school entrance examinations. These children ranged in age from 8 to 12.

At the same time, I began to privately tutor a wide span of ages and subjects. For example, I tutored two GCSE Latin candidates, both of whom were predicted to gain a C grade - they both ended up gaining A*s. Likewise, I tutored a young person in GCSE English Language, paying particular regard to their Shakespeare coursework. This student spoke English as their second language, and was profoundly ill-at-ease with the idea of studying Shakespeare. With careful, gentle steps and an ever-encouraging approach, they gained both self-assurance and an excellent grade for what they initially viewed as a hopeless endeavour.

I have tutored several students for their A-Levels, in English, Latin and Ancient Greek. Each of them achieved at least a one grade increase on their predicted result, with the highest jump a B to an A*. I also tutored several of these students through the Oxbridge admissions process.

Besides these, I have tutored English to speakers of foreign languages in both the UK and abroad. This was a wonderful experience, and formatively changed my approach to tutoring. It made me appreciate the value of a steady, careful approach to teaching, always returning to old ground and to ensure everything has been truly covered.

I was born, raised, and educated in the city of Portsmouth. I attended a local Roman Catholic state primary school, before winning a scholarship to study at The Portsmouth Grammar School, where I went on to obtain my GCSEs (8 A*, 3A) and my A-Levels (2 A*, 2A).

After school, I went up to Oxford University in 2012 to study Classics, completing my BA in 2016, before moving to London and taking an MA at UCL in Comparative Literature, for which I obtained a distinction. That summer I also completed a CELTA course (Certificate in Teaching English to Speakers of Other Languages).

I have found that the key qualities for any tutor to possess are kindness, energy and friendliness. I always take time to get to know the student, make them comfortable, figure out what they already know about the subject and then try to build from there. This approach gives the student an initial confidence that can only grow with each session. I proceed by tailoring a unique plan for each student, since, after all, each one of us is unique in terms of our starting points, our energies and interests and our confidence. I always draw up this ‘plan’ or ‘curriculum’ within the first few sessions, and go over it with the parent or guardian. Indeed, I consider it necessary to keep the parent or guardian completely in the loop at all times, and have often found that the parent can be invaluable as the ‘third partner’ in the tuition plan, encouraging the student when I’m not around, for example. The goal is always to make the student understand that, with careful perseverance, they can understand and achieve anything. I also employ regular testing, primarily to identify any weak areas, anything that needs extra attention.

My primary interest at present is writing - I'm working on a series of essays for a new magazine. I am also writing (with a friend) a crash-course in the History of Ideas, largely aimed at A-Level or first year university students. Besides that, I fill up my time with the cinema, walks around London, its museums and galleries - and, very occasionally, going to the pub with friends

''Michael gave my son confidence and a sense of purpose as he prepared for his 11+. He was very nervous because English wasn't his first language and he needed a lot of help with writing, but Michael was very careful and considerate. He wouldn't have passed without Michael!'' (Mother of a 10 year old student preparing for Common Entrance)

''We found Michael to be an outstanding, warm and very effective tutor. Our son was predicted a B in Latin A-Level, which would have stopped him from getting into his first choice of university. Michael not only got him up to an A, but managed to get him up to an A*. His teacher was thrilled, and quite astonished.'' (Caroline, mother of an A-Level Latin student)

''Michael was a delightful tutor for our son, Sasha, who passed his 13+. Sasha was doing well in English and Maths, but Michael got him to that next level which was required. Brilliant!'' (Mother of a 12 year old student)

''Michael taught our son Ancient Greek A-Level, which he wasn't doing at school but wanted to complete on the side. He hugely enjoyed Michael's lessons. He gained an A and ended up preferring Latin to Greek!'' (Father and Mother of an AS-Level student)

''Michael is fantastic - I am so happy he is helping me!'' (A mature student I aided in composing her university application)

''My daughter is very pleased with her lessons and likes Michael a lot. Overall, she seems more confident and for the first time ever is starting to enjoy Latin'' (Parents of 13+ Latin student)

''A delight. My son could not have succeeded without Michael. Thanks for everything over the past year. I feel like he is now a member of the family!'' (Father of 13+ Student)

''My daughter has found your lessons on Study Skills extremely useful. She is so much less anxious now, and you have given her lots of great tips to revise and study. Brilliant.'' (Mother of a GCSE Study Skills student)