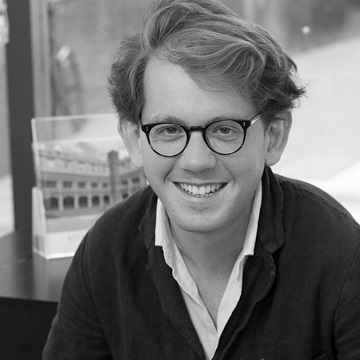 Max is an Oxford educated English graduate who has also completed an MPhil in American Literature at Cambridge. Max has tutored since 2012 and works with students of all levels and with diverse educational needs.

Max is a professional Keystone tutor. This means Max:

- Oxbridge entrance, for both universities

- English as a foreign language for students in China and Italy

I have been working as a tutor since 2012 and during that time I’ve worked with a wide range of ages and ability levels. The bulk of my work is between 11+ (St Paul’s boys, City of London Schools for boys and girls, the North London Consortium, Merchant Taylor’s and Dulwich), GCSE and A-Level. I have also helped with 13+ preparation in English, scholarships and interviews (for Eton, Harrow, Radley, Marlborough, Rugby, Stowe, Brighton College and Tonbridge). I’ve worked with a diverse range of students including those who have fallen behind and need a lot of help and those who want to be pushed beyond the conventional curriculum. I also have a strong record in getting the best out of students with special educational needs and complex personal situations. I particularly enjoy working with clients whose needs, for whatever reason, are not being met by conventional educational methods.

I grew up on the campus of Rugby School where my parents were teachers and I studied as a day boy. I took four full A-Levels in English Literature, English Language, Politics and Art as well as an AS in Photography. I subsequently took my degree in English at Exeter College, Oxford, writing dissertations on modernist literature and Hollywood Golden Age film. After graduating in 2012, I moved to London where, with the exception of a short break to do a MPhil in American Literature at Cambridge, I have since been living and working as a freelance writer, editor and private tutor.

My approach is to avoid having a single approach. I think that it’s important for a tutor to be responsive and to adapt to the specific needs of the student. Some young people will need closer support, while others will prefer to work more independently; some will need to cover a lot of material to catch up while still others can afford to dwell in a topic for longer. I have experience working with students of all levels and with diverse educational needs and can tailor my approach as needed. Above all, however, I like my practice to be transparent and I try to keep both parents and students aware of targets and how I think the course of tuition is progressing.

For a few years after leaving Oxford I performed in London and around the country as a comedian, specialising in character comedy and sketches. A foot injury caused by another great passion of mine – cycling – forced me to take a hiatus from performing but, by the time I was fully recovered, I was already too deep into a prose fiction project to fully re-engage with the comedy scene. This project has morphed a lot since then but currently it is a comic novel set on a country estate in Northumberland. I also contribute book reviews and features to publications including the Spectator.

“Max has been absolutely fantastic with my daughter and he has taught her so much and helped her confidence grow. My daughter did very well on the ISEB and also got through to the second round City Exam which meant that she got invited for an interview for all the schools she applied for - this would not have been possible without Max's fab tutoring! He has a very calm approach and equally makes the lessons fun. I could not recommend him more highly!” (Parent of ISEB/11+ candidate)

''He couldn’t go through the difficult time without you. Thank you very much.'' (Mother of a common entrance student who achieved a place at Westminster)

''You were the best English teacher I’ve ever had!''(GCSE student in English Literature who achieved an A)

''My daughter's confidence in English was at a real low before Max started working with her – with Max's help she now enjoys the subject and achieves high grades.'' (Mother of an A-level student. Her grades were raised from a C in her A2 mocks to an A, and she won a place at Cambridge to study Art History)

''Max is a fantastic tutor and Alex really enjoys being taught by him.'' (Mother of a GCSE student whose son rose from a low B in his mocks to an A*)

''We couldn't have done it without you!'' (Mother of an A-level student who consistently scored Ds in her AS mocks, but went on to score an A in her A2 exams and won a place at NYU)

''We are grateful for how you dealt with William over the last year, and your softer approach. In fact, William told me last week that he was missing you!'' (Mother of a 7+ Student)