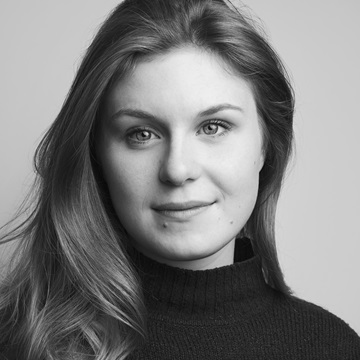 Holly is an Oxford educated tutor who covers a wide range of subjects. She aims to instill confidence within her students and encourages them to be intellectually independent.

• English as a Foreign Language.

I began teaching in schools, primarily Oxbridge interview preparation and English as a foreign language, before privately teaching English A-Level, general university admissions and GCSE English. After moving to London in 2017, I began tutoring with new agencies, and branching out into new subjects. I have taught several 11+ students (English, Maths, Verbal Reasoning, Non-Verbal Reasoning), 13+ (general), GCSE Biology, GCSE Chemistry, GCSE History, A-Level History and Ancient History, although my passion still lies in the tutoring of English at GCSE, A-Level, IB and Undergraduate level.

Alongside academic tutoring, I am also a private singing teacher, and a drama, singing and dance teacher for a school which focuses on training children in theatre practice.

I was born in Staffordshire in the West Midlands, where I attended Weston Road Academy and took my A-Levels, receiving three A* grades in English, History and Classical Civilisation. Alongside my studies, I trained as a classical singer, and received my Grade 8 with a distinction (142/150). I went on to study English at Clare College, Cambridge, specialising in Medieval Literature, where I received an 85 in the compulsory Tragedy final paper (seldom awarded) and I won the Chaucer reading prize. In my time at University, I became heavily involved in the theatre scene, performing in the Marlowe Showcase, and going on to train at Drama Centre (Central Saint Martins) for my MA. In the final year of my BA (and for the entirety of my MA), I tutored alongside my studies, beginning with English as a Foreign Language and Oxbridge entrance preparation, before teaching English and History at GCSE and A-Level. I have now finished my Masters, and am tutoring in the majority of my time around the acting work I meet (more often than not, voice work work for the BBC).

Having now taught a variety of ages and abilities, it is my belief that tutoring styles and approaches must always depend on the candidate. Different approaches correlate with different students, and flexibility of approach is one of the key skills needed for tutoring. However, it is always my approach to begin with instilling confidence within my students, as the end goal is always that of intellectual independence. Once a student feels safe to work at new academic heights, they are able to move leaps and bounds towards their goals.

I have recently finished my acting training and am enjoying a greater amount of flexibility in my schedule than usual. I teach at a drama school on Saturday mornings, and occasionally take acting work (usually a few hours here and there in the daytime, recording voice-overs for the BBC). Alongside this, I create, perform and produce my own music, and keep up with my piano and singing training, as well as daily running and yoga.

''As I have said in previous emails, Holly is the best tutor that we have ever come across. Her interests mirror my daughter's and she has been incredibly helpful in helping our daughter not only prepare for her 11+ exams but also prepping my daughter for her music scholarship auditions.'' (Mother of Year 6 student)

''We think that Holly is brilliant and the best tutor that our daughter has ever worked with.'' (Mother of 11+ student)

"We are delighted with Holly. She really engaged the boys and they both spoke afterwards about how much they had enjoyed their lesson with her. We couldn't have wished for a better start."

''We feel so lucky to have had such wonderful help from you. Thank you for all of your support. You have been wonderful.'' (mother of an 18 year old)

''Thank you so much for everything. You've been such a massive help and great mentor in these past two years and I really appreciate it'' (A-Level English candidate on finishing their exams and receiving their first choice place at university)