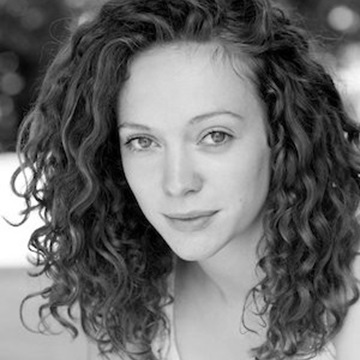 Lou is an experienced and professional tutor in Latin and French up to A level, including IB. We were particularly impressed by her up-beat and methodical approach to tutoring.

I have been tutoring in London for the past 6 years, and online more recently. My specialist subjects are French, Latin and English, General Common Entrance preparation in the Humanities and 11+ preparation in English.

I have been teaching both Latin and French from beginner level for the past 3 years and have developed my own course and worksheets to complement any set textbooks a school may prescribe.

Over the past few years, I've had a number of successful results.

All the students I worked towards the 11+ with over the past few years have been invited for interview, with most ultimately being offered places (UCS, City, Francis Holland, Queensgate, Channing).

A level English and French results: In recent years, French students have upped their grades from their predictions after our combined language and literature sessions. One student last year completed her French A level as an independent candidate, taking her French exam after working on her own, with guidance from me, outside of school, receiving an A. I was lucky enough one year to work and click with a girl who was retaking a paper for her French Edexcel A Level. Through regular tutorials, I fostered an environment where she was able to find her critical voice and to really get beneath the skin of what it is to analyse literature. She learnt a lot, achieved her A, and I had one of the most satisfying tutoring experiences I have had of late. An A Level English student (also retaking her AS) really cracked the exam technique, as well as rediscovering a passion for her texts via her coursework preparatory reading. Further back, a student upped her predicted grade by from C to a B and gained entry to Leeds University, where she's now studying. An IB Higher Level student gained a 6 and entry to her chosen university. I also worked with an AS Level student who needed extra help with the oral topic, and who received the A she desired. I also have knowledge of IGCSE CIE and Edexcel), OCR and AQA exam boards, and have worked with consistent success with English, French and Latin GCSE students.

Last year's Common Entrance results included one Distinction and a great spread of A and Bs for students who really worked hard for them. In recent years, a candidate for Westminster (for whom French and Latin were NOT his favourite subjects!) achieved the required 80% pass mark in each, and was also awarded the Classics Progress Prize at the end of the year; last year I tutored a student through CE for Harrow, upping his French result from a predicted 40% to 90%. I'm currently working towards CE exams this summer with 5 other students.

I'm particularly proud of the catch-up work I did with one 11+ student, who had gained a place at The Hall School in Hampstead and needed to catch up on a year's worth of French classwork from scratch in order not to be behind his classmates when he started. It was a summer of hard work, but it was so lovely watching someone grow in their linguistic capabilities until he really had got to the level he needed to start at. We are now working towards GCSEs together and he is becoming an impressive, if frighteningly tall, student!

I currently have students waiting to sit or currently sitting exams at the following levels: 11+ entrance to North London girls schools, 13+ CE and (I)GCSE, as well as students for whom the work we do is building the foundations for future success.

Born in North London but raised in a tiny village in deepest darkest Somerset, I grew up interested in everything: school, sport, theatre, art, wildlife. At 30, I'm still just as enthusiastic and keen to learn new things, of which there have been a few in the last couple of years, including getting married, turning 30, moving to Rome for 2 years, and coming back to welcome our little girl into the world! I did my first degree at Oxford and completed a 2 year postgraduate acting training at the London Academy of Music & Dramatic Art. Tutoring is a passion as well as a job, and the successes my tutees and I have had over the past few years have been incredibly rewarding.

I take teaching very seriously, and always try to form a solid, professional and hopefully friendly relationship with both students and parents. The student's experience is my number one priority, and I very much believe in finding exactly the right way to help an individual understand or to encourage him/her to think about a topic. I tailor my sessions for the individual student, not the topic and stay in regular contact with parents to ensure we all know what our objectives are and how progress is being made.

I'm a new Mum, so I hang out with my daughter! If I do find a window of time to myself, I love to knit, read, watch films (especially European cinema) and go for a long walk with my dog Lupin in Richmond Park.

"My daughter's first lesson went very well and she seemed to have enjoyed it very much. Lou is lovely and very engaging." IGCSE French student in Singapore

"Not only did she come to us on (very!) short notice, but she was extremely helpful and prepared my son very fully so that he was able to go into his oral exam with confidence despite having missed an entire week of school. At the end of the exam, he was given very positive feedback on his performance by his teacher/examiner." Mother of previous GCSE student.

"I just wanted to take a few moments to express to you how absolutely delighted we were with our French tutor, Lou Broadbent. We were so pleased with our son's progress under her tutelage. She is lovely and warm to speak to, and utterly focused and clear in her teaching. We could hear, week by week, our son's growing confidence in his ability to speak French, and, by the end, he was doing very well indeed in his mock Common Entrance French Exams. Lou prepared him brilliantly! Thank you so very much for sending Lou our way. I shall be delighted to recommend Lou and Keystone Tutors to everyone." Mother of 13+ French pupil

‘Lou is a fantastic tutor so thank you for sending her our way.’ - CE English

‘It was great I really liked it and already had my second lesson and feel much more confident already.’ - GCSE student

‘B— is delighted with Lou and says she has inspired her to speak French for the joy and not just the exam.

Very much a success!’ - GCSE student

'I just wanted to write a quick note saying how much the girls enjoyed their last session with you. A--- enjoyed the reinforcement of what she had learned in class, and for L--- it helped clarify what had been covered in class. She had previously found it very confusing.

'I spoke with Mrs K-- yesterday and she told me A-- and parents themselves are very happy with Lou. She seems very friendly, considerate, highly professional and dedicated.'

“My first lesson with Lou was extremely good - it was evident that she knows both the book and the film inside out and provided lots of great insights for us to talk about and explore further. Lou is exactly who I was looking for! I am looking forward to having more lessons with her.” - A Level French student

'Just wanted to say that N-- and M-- have both had their half term reports from their new schools (Sevenoaks and Eastbourne College respectively). They are both doing quite well, but what I wanted to say in particular is that French (for both of them) and Latin (for N--) were among the highlights; each received perfect or near perfect marks for the subjects they studied with Lou. N--'s report remarked that she is doing ''particularly well'' in Latin. We couldn't have asked for better results considering N-- hadn't ever studied Latin before and M-- had not done French for a year prior to taking it up again at a new school. It is remarkable how much Lou was able to achieve with such a short series of lessons.'

'I wanted to say a huge thank you for all the support and guidance you have given E--. She speaks about you in glowing terms and you have really inspired her to work and have given her a great deal of confidence. I'm sure she'll do well but frankly, whatever the outcome of the exam you have really been a positive influence in her life - thank you so much.'

'Lou tutored our son O-- in French and Latin in the weeks coming up to CE. He loved his sessions with her and really engaged in the work and learnt a lot through her help allowing him to get more confident in his ability to pass the exams. Now in his first term at his senior school he has continued to do well in French and Latin and I'm sure that's a follow on from the work he did with Lou. I'd highly recommend her to you.'