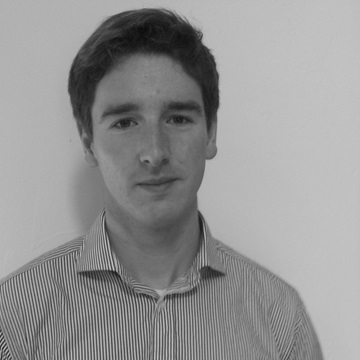 John is a Politics and Classical Civilisation tutor with a passion for learning and an impressive academic background. He encourages his tutees to become 'active learners' and to steer away from 'parrot-like' approaches to studying.

As a tutor, I have hugely enjoyed preparing students for success at Common Entrance, Scholarship, GCSE and A Level examinations, as well as admission to Oxford and Cambridge universities. Of the students I have tutored, three have secured places at St Paul's (one of which was a scholarship place), one A-Level Latin student went on to read English at Cambridge, while several former tutees for Sixth Form Latin and Greek are current or recent Classics students at university, one at Edinburgh, one at Durham and four at Oxford. Another recent tutee received an offer to read Classics at Cambridge.

My erudite and highly eccentric teachers at Warwick School first gave me a passion for learning, spurring me on to top grades in A Level Latin, Greek, and Politics, and in AS Level Mathematics. A gap year in Romania followed, then a degree in Literae Humaniores (Classics) at the University of Oxford, where I was awarded a Craven Scholarship.

After working in Parliament and the Civil Service for a few years, I taught Classics and Religious Studies at leading independent schools, completing an in-work PGCE with Distinction. Four highly enjoyable years later, I returned to Oxford for further study in Arabic and Theology, graduating with a First and the James Mew Senior Prize for Arabic in 2019.

Since then, I have been pursuing graduate study in Theology and Islamic Studies at the University of Notre Dame, IN (USA), where I taught undergraduates as a Teaching Assistant to my supervising professor, and have continued to teach privately in Latin, Greek, Classical Civilisation, Religious Studies, Politics and History. I now live and work in Oxford, UK.

My approach to tutoring is based on listening to and respecting the student, aiming always to build independence and confidence on their part.

Seeking to understand the world and its people is what drives my research, and helping others to develop their own understanding is what drives my tutoring. I generally find, however, that the subject matter most truly comes alive in dialogue with the student, whose questioning will often change the way I see a text or a topic we are studying, just as I seek to develop and challenge their understanding. In this sense, I see tutoring as a genuine exchange: while the tutor knows much that the student does not yet know, the tutor and the student nonetheless learn from one another.

Once we have studied a topic together, I often use the revision technique of asking the student to assume the role of teacher, and to teach me a topic as though it were new to me; through this, both student and tutor come to see the strengths and weaknesses in the student's knowledge and understanding of a topic.

Including as much active learning as possible is a key part of my tutoring in Classics: in Greek and Latin language work, I place more emphasis than many on composition into the ancient languages, as a means of strengthening knowledge and understanding.

In Religious Studies, Politics, Classical Civilization, Ancient History and the literary elements of Latin and Greek, I strive always to provoke a student to question accepted orthodoxies and to reach their own evidence-based and clearly expressed conclusions rather than teaching 'right answers' parrot-fashion. My experience is that this produces enjoyment and success for students in equal measure.

I am hugely enjoying my current academic studies in Theology and, when neither studying nor teaching, can usually be found running in the Oxfordshire countryside, singing in a choir or spending time with friends.

''X really looks forward to your lessons and finds them stimulating and enjoyable. I hope this is the start of a longer-term tutor-tutee relationship!'' (Parent of a GCSE Greek student)

''I started Year 8 absolutely dreading Latin but you have really increased my confidence over the year, and I never thought I would be able to enjoy the language- but you really enabled me to do so, so thank you so much.'' (Y8 Latin student)

''X thought particularly highly of John, who sent good luck messages composed in Latin, and in each of whose three A level papers X scored 100 per cent.'' (Parents of a student now reading Classics at Cambridge)