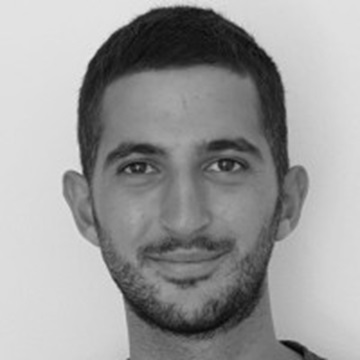 Yanni has a Maths degree from Cambridge and a Masters in Statistics from Imperial College London. He is now working towards his PhD- also in Statistics. He is a patient tutor who likes to see his students thrive.

I have been tutoring GSCE and A level Maths as well as A level Further Maths and STEP since September 2018. Additionally, I provide interview prep for Oxbridge.

I also helped teach STEP at a school in London during my MSc and during my time in Cambridge I volunteered to help out in local schools as part of the STIMULUS program.

I was born in Cyprus to an American mom and a Cypriot dad, and I am thus bilingual. I spent half of my childhood in New York, until I returned to Cyprus when I was 10 years old. I attended high school in Cyprus at a private English school (the Grammar School, Nicosia). I completed my A levels at the Grammar School in Maths, Further Maths, Physics and Chemistry achieving A* in all four. I also received the highest subject mark in A level Maths in the world as well as the highest subject mark in Cyprus for Further Maths and Physics. After 18 months conscription in the Cypriot National Guard I went on to complete my BA in Mathematics at the University of Cambridge, where I attained a first class degree. I then moved on to attain an MSc in Statistics with Distinction at Imperial College London. At Imperial I was awarded the Winton Capital Prize for the Best MSc Statistics student. I am currently a PhD student in the statistics section at Imperial whilst tutoring part-time.

I believe that learning mathematics involves two key elements. The first is the understanding of a concept, and the second is the application of knowledge to problems. The two complement each other. One might first learn a bit about a concept and then strengthen the understanding of this via applying the knowledge to solve problems. Or one might learn a concept solely by solving many problems and then generalizing the common details to come up with a deeper understanding of the more general concept. Practice is especially important in order to succeed in maths exams and I go over many exam-style questions step-by-step, explaining the key idea behind every step.

However, every student learns differently and my approach is flexible to the needs of each student. Learning mathematics involves building upwards. So I believe it to be very important to address any weaknesses the students may have first before moving on to new material. I aim to keep a friendly atmosphere during my lessons and to ensure that the students feel at ease to ask me any question regarding mathematics. I am a firm believer that there is no such thing as a stupid question, and I also believe that the optimal way to learn is by asking questions.

I am currently a PhD student in the stats section at Imperial College London. When I am not tutoring I am either working on my research or enjoying London.

''Went at a great pace that was nice to keep up with. Explained everything to a very deep level.'' (Mother of A level student)