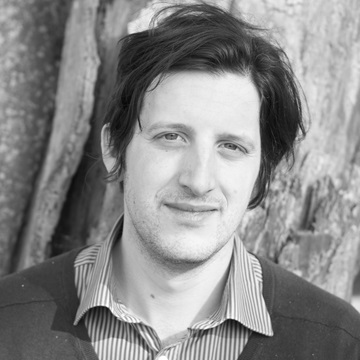 Philip is a professional novelist and tutor with particular expertise in English and Classics. With over 9 years of tutoring experience, Philip is well placed to offer support and guidance to his tutees.

• Oxbridge Entrance: ELAT and the Greek and Latin exams, plus interview training (with a very strong success rate)

• Undergraduate tutoring in Classics, plus English at Royal Holloway

I am a confident, highly-trained and highly experienced Oxford-educated tutor who has taught Latin, Greek and English from 11+ to undergraduate level, including at one of London's top universities. I have tutored over a hundred pupils of a wide range of experience and abilities to exam success, since I started in 2003.

I have successfully prepared students in English and Latin to Common Entrance and specific entrance exam success into Westminster, Eton, Radley and other major public schools, as well as specialising in scholarship entrance. My success rate for entrance into a selected school is 100 per cent.

I am passionate about teaching English, Latin and Greek, and have helped many pupils gain that extra advantage, aiding them in moving up a grade and achieving that extra boost. I have had enthusiastic feedback from many pupils at GCSE level, who have all had a grade boost after tutoring.

I also very much enjoy specialising in teaching A Level and Pre U Latin, Greek and English: language, grammar, comprehension, essay planning, passage analysis and structure, and have helped several pupils from a broad range of abilities and schools achieve their goals (and more). I especially love the Greek, Latin and English texts which often recur at A Level and Pre U standard.

I also love helping pupils with their Oxbridge entrance and wider reading, and have seen a dozen Classics and English students successfully into those universities, where many are pursuing successful careers. I have also helped undergraduates with their Classics degrees.

Philip is a highly experienced private tutor who has been tutoring since 2003, when he left Oxford University with a degree in Classics and English.

His first novel for children, 'The Other Book', was published in 2008, and his second, 'The Liberators', followed in 2010, receiving excellent reviews. His ''Darkening Path'' trilogy, comprising 'The Broken King,' 'The King's Shadow,' and 'The King's Revenge', has also received critical acclaim. 'The Double Axe', a re-working of the Minotaur myth, was one of the Telegraph's Best Children's Books of 2016. 'The Arrow of Apollo' appeared in 2020, a novel set in the world of the ancient myths.

This focus on creativity is a great bonus when it comes to teaching both Latin, Greek and English. The workshops and school visits which he undertakes as part of his novel writing career are also a boost to his tutoring approach. He has given talks at a wide range of schools, including Lancing College, Harrow, Pilgrim's Winchester, Ludgrove, Summer Fields, Charterhouse, North London Collegiate, Lady Eleanor Holles, Highgate Prep, Lancing Prep, Dorset House Prep, and many others.

In 2018 he delivered a series of lectures and seminars on Hamlet, Paradise Lost, The Duchess of Malfi, Macbeth, Creative Writing and Criticism at Harrow School as part of their Coutts Lecture series.

He was a fellow of First Story, a charity which sends writers into inner city schools to do creative writing workshops and produce an anthology of their work.

He writes for a number of newspapers and magazines, including The Telegraph, The Financial Times, The Times Literary Supplement, The Spectator and The Guardian, and is a contributing editor on Literary Review.

I use a mixture of humour and rigorous learning, and also aim not just to focus on the exam, but to broaden the pupils' general cultural outlook. I am very flexible with regard to suiting the needs of the client, and aim to get to know the pupil and his or her learning techniques, building up confidence and knowledge as well as helping them become focused and ready for the exam.

Philip's ''knowledge, enthusiasm and humour made a complex subject very understandable, and left you keen to learn more.'' (Greek A Level)

''Thank you for all your help so far - [my son] is really enjoying the sessions as it's finally beginning to make sense to him....!! (Common Entrance Latin)

''[My daughter] really appreciated Philip. I think we did not allot enough time on the first day but motored on on the second day. He is a wonderfully enthusiastic fellow. I think we would love to have him around maybe once or twice before the exams. [My daughter] is insecure about her skills in English and he is just the ticket for approaching these exams with confidence.

Thank you for your help in all this stuff.'' (GCSE English)