Established in 2007, Keystone Tutors is one of the UK’s leading private tutoring organisations. Here is a sample of the GCSE Italian tutors that we represent. They are predominantly based in London and work online with families based outside of London or overseas. 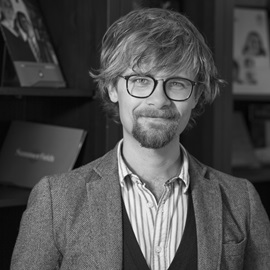 Jonny is an Oxford graduate and is currently studying for a PhD in Italian Studies at Cambridge. He teaches languages as well as English and Maths. He is a passionate actor and writer who loves to work on theatrical projects outside of tutoring. 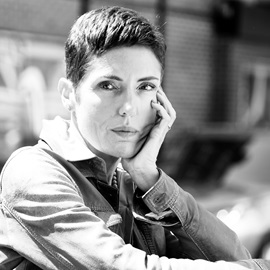 Nicoletta holds a first-class degree in Modern Languages from Milan University and is a former student of the Sorbonne in Paris. She has been teaching languages for over 20 years and is passionate about helping students of all ages with language skills and literature, focusing above all on the enjoyment of mastering a foreign language. Dhananjay is a Cambridge graduate and a gifted linguist. He teaches from the 11+ - university level. He is currently a full-time tutor.

Helena is an Oxford graduate with a passion for languages. She has tutored since 2017 and teaches across the age range.

Feedback on the Languages tutors we work with

"Daniel has helped my daughter turn around a situation where she was afraid of languages to one where she loves them. Heartfelt thanks - this goes way beyond the exams and will be of value to her for life"

"Maggie, has been a remarkable teacher to work with. She is extremely well organised, encouraging and sets the bar high. She is immensely patient and constantly supporting the students to improve their German skills. It was impressive to see how well prepared she was prior to each lesson. She has managed to instil a love of the subject in our son."

"I just wanted to take a few moments to express to you how absolutely delighted we were with our French tutor, Lou. We were so pleased with our son's progress under her tutelage. She is lovely and warm to speak to, and utterly focused and clear in her teaching. We could hear, week by week, our son's growing confidence in his ability to speak French, and, by the end, he was doing very well indeed in his mock Common Entrance French Exams. Lou prepared him brilliantly! Thank you so very much for sending Lou our way. I shall be delighted to recommend Lou and Keystone Tutors to everyone"

Any candidate applying to study Modern Languages at Oxford or Cambridge will have to sit a written paper as part of the admissions process: The Modern Languages Aptitude Test (MLAT) at Oxford and the Modern and Medieval Languages Admissions Assessment (MMLAA) at Cambridge. There are big differences between the two tests, from the structure and what they are testing to when they are sat. This blog covers the Oxford MLAT. You can read our blog on the Cambridge MMLAA here.

GCSE and IGCSE are certainly very similar. Both qualifications are at the same level: they are designed to test the completion of the UK National Curriculum's "Key Stage 4". They are usually sat at the end of UK Year 11, in the year a student becomes 16. They have no age restriction, though - and have been sat by many students younger and older. By most higher education institutions and employers, they are seen as equivalent qualifications.

Keystone's Head of Consultancy (Harriet Blomefield) was joined by our Director of Education (Ed Richardson) and Director of Keystone Asia (Jenny McGowan) to discuss what they know so far in relation to summer 2021 exams and what this means for student preparation. They also shared their top tips for setting up effective home schooling.

Webinar: “Can do better?” Have we found the best way to assess schools and how to select them?

This webinar, co-hosted by Keystone Tutors and Wild Search, brought together a distinguished panel of experienced educationalists to challenge some of the assumptions which are often made regarding schools.

Browse other GCSE tutors by subject