A Guide to City of London School Admissions

City of London School is set within the iconic City landscape, surrounded by instantly recognisable institutions. The buzz of the school exudes enthusiasm for the opportunities that the school provides. One of the school’s main visions is to encourage boys to be the best version of themselves, in order to make progress and flourish in the modern world. The City of London School is one of London's leading academic day schools, with over 950 boys between the ages of 10 and 18. 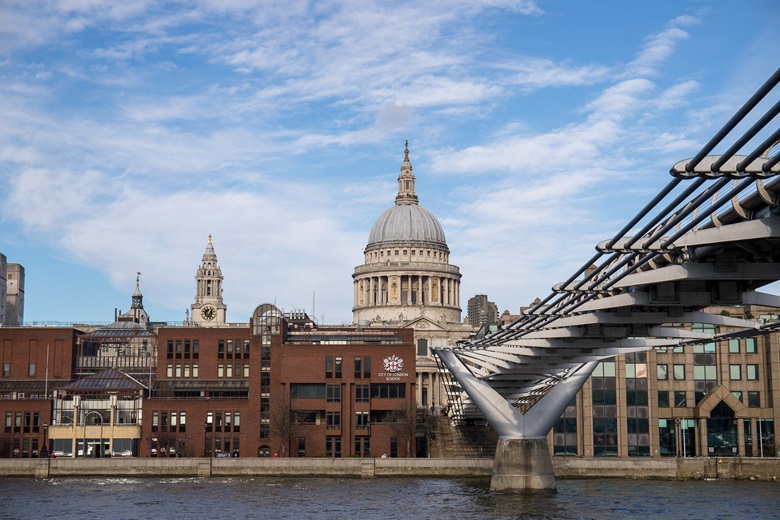 How to get into City of London School

City of London welcomes approximately 40 boys each year into Year 9. The school refers to this year as Third Form. The selection process begins in Year 6. Boys are not permitted to be entered for both 11 Plus and 13 Plus entry points.

13 Plus Entrance Process for City of London School:

As an academically selective school City of London uses entrance exams to select which boys are suitable to gain a place. The school initially examines boys using the ISEB Common Pre-Test and depending on their performance, invite boys to interview.

Confidential reports will be required from the Head of the boy’s current school.

Stage 2 is for those boys who have performed well in the ISEB Common Pre-Test and have a satisfactory report from the Head of their current school. In the Spring Term of Year 6, boys are invited to the School for short written assessments in Maths and English and an interview.

Following the above stages, offers are then made to boys based upon exams, interviews, and the Head’s report. Offers are sent out during the Spring Term and followed by an offer holders event.

All offers are conditional on continued hard work, excellent academic progress and good behaviour at the boy's current school to the end of Year 8. City of London will maintain communication with a boy’s current school between the time an offer is made, and he joins the school.

Boys at schools preparing students for the Common Entrance will be expected to sit papers in Maths, English, French and, if chosen as a subject in Year 9, Latin. The school expect that they will be able to achieve a high score (usually above 70%) in each paper.

For boys studying at schools which no longer follow the full Common Entrance curriculum, they will be expected to sit papers at the City of London in early June of Year 8 in Maths, English, French and, if chosen as a subject in Year 9, Latin. The school expect that they will be able to achieve a high score (usually above 70%) in each paper.

Are City of London School’s own tests difficult?

As with all entrance tests, the Stage 2 tests are designed to challenge and stretch applicants. Both tests are paper-based and typically sat one after the other. In previous years they have included the following:

English: Applicants have been asked to comprehension, using either poetry or prose. The texts have been considered challenging for a range of reasons:

Length: They are often longer than the average 11+ comprehension, requiring students to read quickly and accurately in the time allotted.

Composition: The text chosen have often included a lot of dialogue and/or have included advanced use of vocabulary and writer’s technique.

Questions: The majority of the marks in the English assessment are awarded for the more challenging reasoning or inference-based questions requiring boys to comment on writer’s technique or provide personal reflection/opinion.

Maths: The Maths paper has focused predominantly on Number related questions. Previous applicants have commented that the Maths is particularly challenging, even more so than that within the ISEB Common Pre-Test. The level of difficult has been associated with:

Topic Coverage: Although the Maths reportedly covers the 11 Plus curriculum, it does delve into some extension level topics such as Algebra.

Question Types: A lot of the questions are multistep requiring students work through each step before being able to move on to the next. Applicants have also commented that the majority of questions are word problems, often the most challenging question type in Maths.

What questions do City of London School ask at interview?

Like many school interviews the City of London interview seeks to explore the following about each student:

Over and above these more ‘standard’ types of interview questions, City of London do routinely incorporate more challenging academic and problem-solving questions for boys to answer on the spot. These could be mathematical, but they may also be a moral or ethical conundrum.

Around 12-15, boys join the Sixth Form at City of London each year.

Registration must be complete by the deadline for Sixth Form entry – which is usually in October of Year 11. The selection process will then take place during November of Year 11, i.e. the year proceeding a students proposed entry to the school.

The 16+ entrance process has two stages, with applicants being selected to move to the next stage based on their relative performance.

Stage 1: Upon registration, City of London will request a reference from the Head of the boy’s current school. In early November, boys are invited to an assessment day at the school. They are required to sit written assessments in their chosen A Level subjects as well as completing the CAT 4 cognitive ability test.

Do read our blog to find out more about the CAT 4 Test.

Guidance on the school’s written assessments can be found in this advice sheet.

Stage 2: Candidates who perform well at Stage 1 will be invited to an interview at the school in late November.

Offers are sent out by the school in early December, with an acceptance deadline later in the month.

Entering City of London School via a Scholarship

Is there a 13 Plus scholarship?

City of London selects boys for Academic Scholarship based upon their performance in Stages 1 and 2 of the entrance process. Those selected are then assessed through a further Scholarship assessment in Year 8. The school expects boys who are awarded the scholarship to maintain excellent academic standards throughout their time at the school.

Is there a 16+ scholarship?

All pupils who join the Sixth Form are automatically considered for a scholarship. This is awarded on the basis (I)GCSE grades. Generally, scholarships are awarded to boys who has achieved a mean grade of 8.75 averaged over their best nine GCSE results taken in Year 11.

Do City of London School offer any other scholarships?

At 13 Plus entry, Music and Sports scholarships can be won. More information can be found here: https://www.cityoflondonschool.org.uk/apply/13-entry

At 16 Plus entry, Music scholarships can be won. More information can be found here: https://www.cityoflondonschool.org.uk/apply/sixthform-entry

Why is City of London School so popular?

City of London has a very strong track record for their students’ achievements in both A Levels and University applications. In 2019, 18 pupils were awarded grade 9 in every subject at GCSE and 95% of all grades awarded were 9-7. Similarly, at A Level/Pre-U in 2019, 66% were awarded at least AAA, with 93% achieving A*-B. In 2021,17% of the cohort went to Oxford and Cambridge and 68% of the cohort went to leading Russel Group universities. Consequently, it attracts parents and students with high academic expectations. In our experience, prospective applicants with the following qualities have been competitive candidates in the school’s admissions process:

Is City of London School hard to get into?

Owing to its academic reputation and success City of London attracts a lot of applications and a such the entrance process at 13+ and 16+ are very competitive. Consequently, the school can afford to be highly selective, and we have known of instances where strong applicants do not win places. It is important to go into the entrance process with an open and realistic frame of mind.

Keystone has over a decade of experience providing tuition to families who wish to send their children to some of the leading UK independent schools including City of London School.

The tutors we work with are experienced in the intricacies of the 13 plus common entrance, the ISEB pre-test and 16 plus entrance to City of London.

Read more about our City of London admissions tutors

For more details on how Keystone can help with preparation for entry to City of London school, please call the office for a chat with one of our client managers, or contact us via our request a tutor form.

A Guide to Tonbridge School Admissions

Founded in 1553, Tonbridge School is one of the oldest schools in the world. Academic standards are extremely high with boys achieving exceptional results. A full-boarding school, the extra-curricular programme can be demanding but despite this fast pace, Tonbridge is characterised as much by individual needs as by collective endeavour.

Harrow School was founded during the reign of Queen Elizabeth I, and has a global reputation as an outstanding school. Distinguished writers, politicians from around the world, and Nobel laureates have all studied at Harrow. Securing a place at this highly selective school is a tough challenge, and you will find a number of key topics to do with the admissions process covered below.

A Guide to Winchester College Admissions

Founded in 1382 by William of Wykeham, Bishop of Winchester (who also founded New College, Oxford), this is one of the oldest schools in the world. The College is situated in the beautiful city of Winchester, and its buildings and grounds are outstanding. Academic standards are extremely high with boys achieving exceptional results.