Eton is one of the United Kingdom’s best known and most prestigious independent schools, founded in 1440 AD by King Henry VI, and famous for having educated many British politicians, scientists, and creative talents. As such, the process of securing a place is highly competitive.

Keystone have collated the answers to many commonly asked questions about applying to Eton in the article below, including some first hand insights from Josh Pull, a Keystone Director and former Old Etonian.

What are the different entry points for Eton?

Is there an entrance exam for Eton?

Yes, as an academically selective school Eton uses entrance exams to select which boys are suitable to gain a place. They use a 3 stage process, with boys being selected to move to the next stage based on their relative performance. The first two stages occur when the applicant is in year 6 after which conditional offers are made. Thereafter applicants will take the Common Entrance or Eton Scholarship in year 8.

Stage 1 is the ISEB Common Pre-Test, which is a computerised test, sat during October or November in year 6, consisting of English, Maths, Verbal and Non-Verbal Reasoning.

Stage 2 is Eton’s own test, also sat in year 6 and has two parts: an online test designed to assess a boy’s potential, and an interview.

If successful at Stage 2 a conditional offer is made and the final assessment stage takes place in Year 8 which depending on circumstances will be one of the Common Entrance, King’s Scholarship, or Eton’s own entrance examinations. Alternatively a boy may be placed on the waiting list and will be re-tested at the end of Year 7

The Eton List Test is Eton's own test which is sat in Year 6 and is taken following the ISEB Common Pre-Test.

What is the acceptance rate for Eton?

Eton do not publish any admissions data to allow for an accurate answer to this question. However, anecdotally we know that both 13 Plus and 16 Plus entrances are extremely competitive.

At 13 Plus Eton has around 240 places and usually receives over 1,300 applications.

At 16 Plus Eton offers around 4 places each year and usually receives well over 75+ applications.

How do you prepare for the Eton List test?

The Eton List Test is probably the most renowned school specific computerised test. Rather than using an online computerised Pre-Test designed by the likes of the Centre for Evaluation and Monitoring (I.e. CEM) of GL Assessment Eton’s List Test has reportedly been developed in conjunction with Cambridge University’s Psychometric Centre which is a part of the Judge Business School.

The test is online and is designed to be predictive of a boy’s academic potential. Little is known about the exact composition of the test but anecdotally it seemingly assesses similar areas to other pre-tests such as the ISEB Pre-Test. Recent candidates report tackling questions on the following:

In terms of skills, Eton suggest a low level of computer proficiency is required, but we would recommend that boys familiar with the process of answering questions online, using a mouse as well as typing up a response. It is also important that students are comfortable following on-screen instructions.

Both the ISEB Common Pre-Test and the Eton List Test are designed to determine a boy’s potential by testing their cognitive and reasoning abilities. Being able to work quickly and accurately under time conditions are key to delivering a successful performance in these tests.

Are there any past papers for the Eton Entrance exam?

Instead, we recommend students continue to familiarise themselves with challenges of online testing by engaging ‘little and often’ with the myriad of online 11 Plus preparation software available on the internet.

What questions do they ask at interview for Eton?

Eton’s interview is famously short, often no more than 15 minutes. Many students approach school entrance interviews with an amount of trepidation, concerned about saying the wrong thing and being asked obscure questions. Our experience is that the interview is fairly standard in that it ask students about their:

They have also been known to ask ‘Why Eton?’, ‘How do you hope to contribute at Eton?’ and to assess boy’s keenness to board, especially if he is applying from a day school.

Successful candidates at interview readily engage with the questioning and provide well consider answers. Authenticity is also key; schools like Eton are especially alert to and weary of a polished answer. In addition, other common pitfalls include:

Because of the brevity of the interview it is really important to avoid the pitfalls above as there is little time to make a good impression. 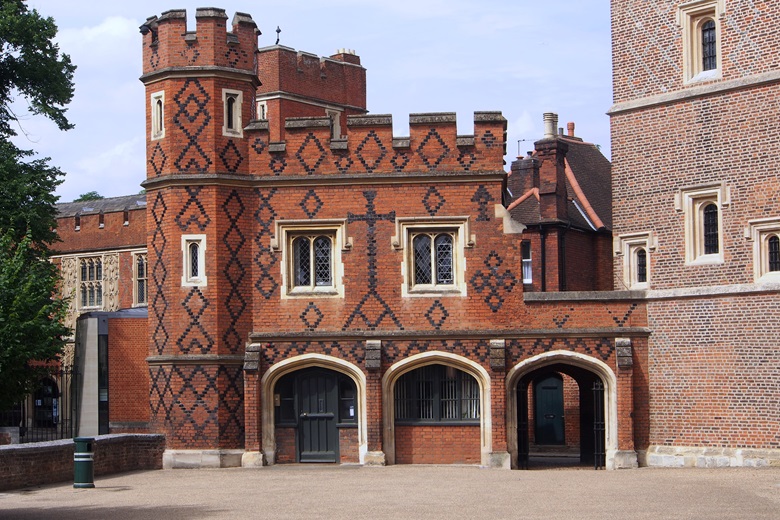 Can you get a scholarship for Eton?

Yes, Eton offers scholarships for talented boys, however, these do not automatically come with any reduction of fees. Eton does offer (often significant) fee reductions via bursaries which are means-tested based on the family situation. At 13 Plus the most well-known scholarship is the King’s Scholarship which started in 1440 and is designed for academically very able boys. The examinations are challenging and boys sit 8 academic exam papers which include English, Maths, Science, Humanities and Languages. Additionally, there are Music scholarships for talented musicians to audition for. At 16+ the only scholarships available are for boys currently educated in the state system. These include the Orwell Award for all-round excellence and there is a Music and Drama award too.

What is the Eton Kings Scholarship?

The King’s scholarship itself is one of the most academically challenging of those offered by UK independent schools. Boys must sit the following exams:

And in addition, they then must opt to sit 3 further examinations from the following choices and at

There are a essentially 3 outcomes for those who decide to go for the scholarship:

1. Being Awarded a King’s Scholarship

2. Conditional Offer Holders: Those boys who hold a conditional offer (via the Year 6 Pre-Test admissions process) who deliver:

3. Non-Offer Holders: Those boys who enter the King’s Scholarship without a conditional offer of a place at Eton who do not win a Scholarship will not be offer a place in the school.

Is it hard to get into Eton college?

Eton College is a highly selective school and therefore the admissions process is designed to select academically able boys. Eton has around 240 places at 13+ and usually receive over 1,300 applications, so there is a lot of competition.

How hard is the Eton entrance exam?

The ISEB Common Pre-Tests and the Eton Test are both online adaptive tests. This means the questions get more difficult the better a candidate does which increases their Standardised Age Score (SAS). As Eton is highly selective, the successful candidates will have a SAS score well above average and will have faced the more difficult questions in the tests.

Most Etonians go on to higher education. Historically Eton have not published the university destinations of their leavers, but as of 2020 they have become more open; 41 students went on to Oxbridge and 37 accepted places at prestigious overseas universities, including Harvard, Princeton, Stanford and Yale. The remainder won places at top UK universities including Bristol, Edinburgh, Exeter, Imperial and UCL. What is still less well known is if there are any trends in the courses Etonians typically go onto study. In 2020 5 students went on to study medicine.

Roughly a third of each year take a year out or GAP Year to travel, volunteer or work, whilst the majority head straight to university. Eton, like a number of other independent schools, have experienced an increase in the number of students considering overseas universities, especially in the US, and consequently have a well-established programme of support run by US university specialist to ensure interested boys are appropriately supported..

How many Eton Students go to Oxbridge?

Josh Pull, Keystone Director and old Etonian gives his insights into the history behind the Eton list test:

"When I applied to Eton in the mid-1990s many students didn’t have to sit the Eton list test in year 6 (instead only taking Common Entrance or the Eton Scholarship in year 8). Some applicants, including myself, did have to sit the Eton list test before getting a conditional offer, subject to passing Common Entrance. It was always something of a mystery to me as to which children had to sit the list test and which did not, and it was something of a lottery depending on when you were born and how many other applicants there were born at the same time.

Nowadays of course all applicants have to sit the test to ensure the application process is the same for everyone and to help narrow down higher volumes of candidates as applications began to increase in the late 1990s/early 2000s.

The assessment itself, interestingly given that it’s over 25 years ago, bares quite a bit of similarity to the test today. It combined a paper-based reasoning-type assessment that (you guessed it) was designed to assess underlying potential rather than prior knowledge as well as a short interview.

I still remember the interview itself and recall building up a good rapport with the interviewer. It was much more light-hearted and conversational as opposed to a formal interview. I think that still remains the case today: the interviewers are really looking to get to know who you are as a personality as opposed to test you or catch you out (which of course is more than sufficiently covered in the computerised tests!).

Hard as it is, do try to relax for the interview and see it as a chance for an interesting discussion rather than a part of the assessment process to be feared."

Each year Keystone supports many students preparing for school entrance exams, including The Eton List Test.

For more details on how Keystone can help with preparation for school entrance, please call the office for a chat with one of our client managers, or contact us via our request a tutor form.

UK boarding schools boast a long tradition of excellence in education. There are a number of options for boarding including: Weekly boarding: Students will live at school Monday to Friday and spend weekends withtheir parents. Flexi boarding: Parents can choose how many nights a student spends at school or at home. Full boarding: Students live at school all the time apart from exeat weekends (designated weekends each term where students can leave) and school holidays.

Guide to the CAT4 Test

What is the CAT 4 test? Made by GL Assessment, it is one of the world’s most widely use cognitive ability tests. CAT stands for Cognitive Ability Test and it is used in schools to understand developed ability (i.e. where a child is now) and likely academic potential (i.e. where a child could be).

Harrow School was founded during the reign of Queen Elizabeth I, and has a global reputation as an outstanding school. Distinguished writers, politicians from around the world, and Nobel laureates have all studied at Harrow. Securing a place at this highly selective school is a tough challenge, and you will find a number of key topics to do with the admissions process covered below.